This is my first pair of 501’s. I’ve had several pairs of Levis and always felt like the cut was too loose and baggy. But when I sized down on a pair of raw unsanforized 501xx 1947’s and then did two hot soaks back to back(1 hr each) there became a real possibility of them being put into my wardrobes rotation. Realistically will probably only pull out once in a while when I’m feeling nostalgic or hanging around the house.

I started thinking, how might I wear these jeans in 1947? or 57? 67? I decided to throw together a few timeless looks all built around the 1947 Levis 501xx. More info on these jeans at the bottom of post.

1947 – This look was inspired by the American worker of the 40’s. Raw denim jeans, sturdy leather workbooks and flannel work shirts. Tones of grey, navy, brown with muted patterns. 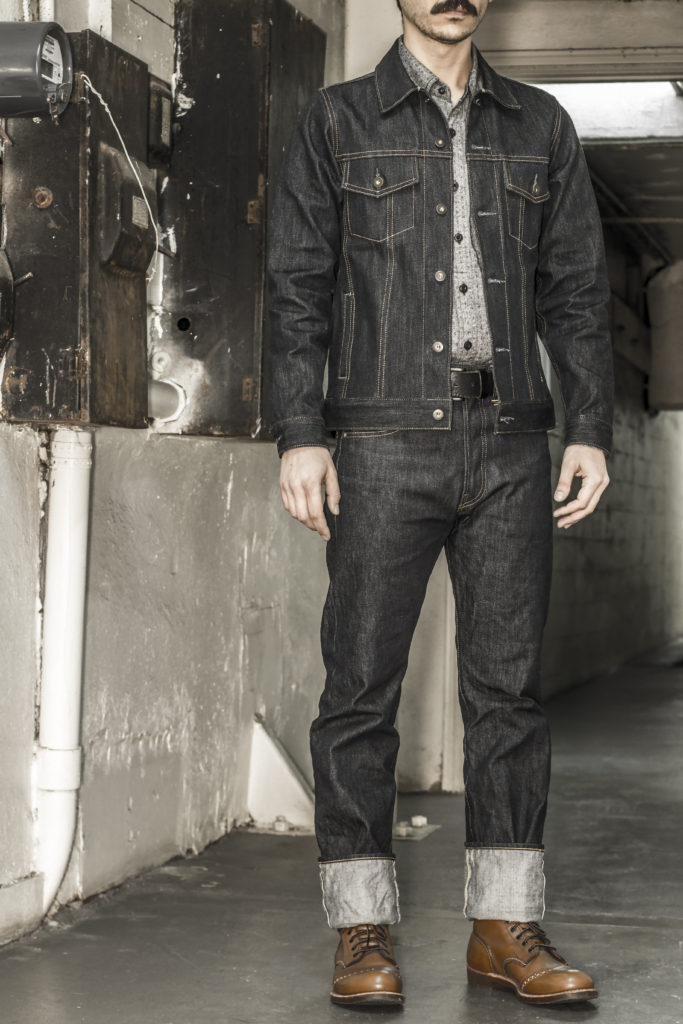 1957 – This look is inspired by the American cinema of the 50’s and actors like James Dean and Marlon Brando. These actors were influenced by the styles of early greasers and in turn influenced the rapid growth in it’s popularity in the 50’s. 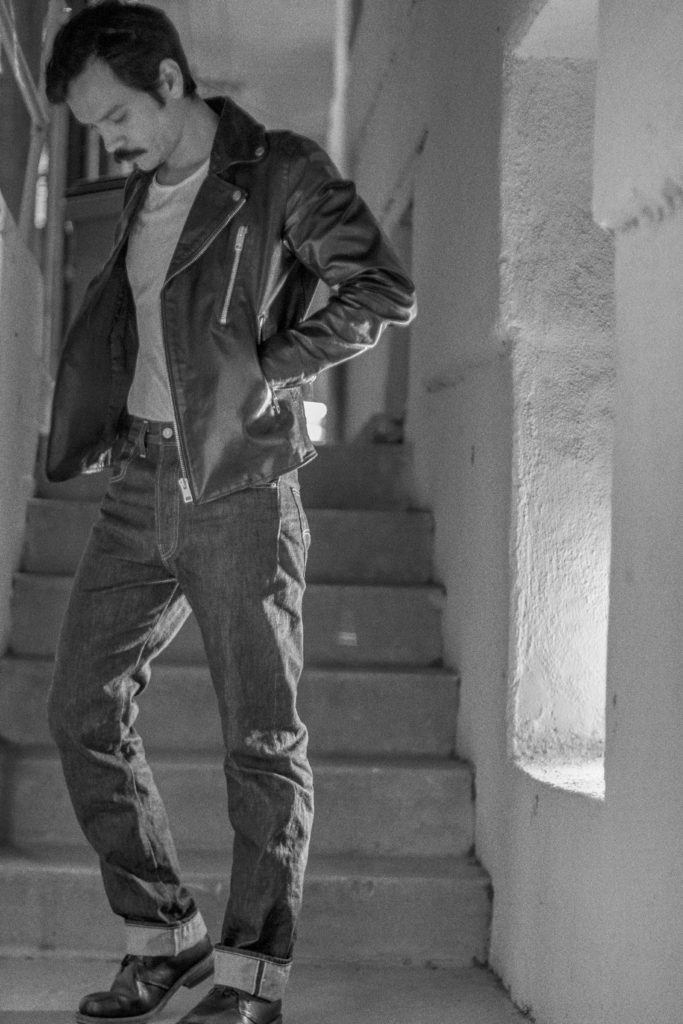 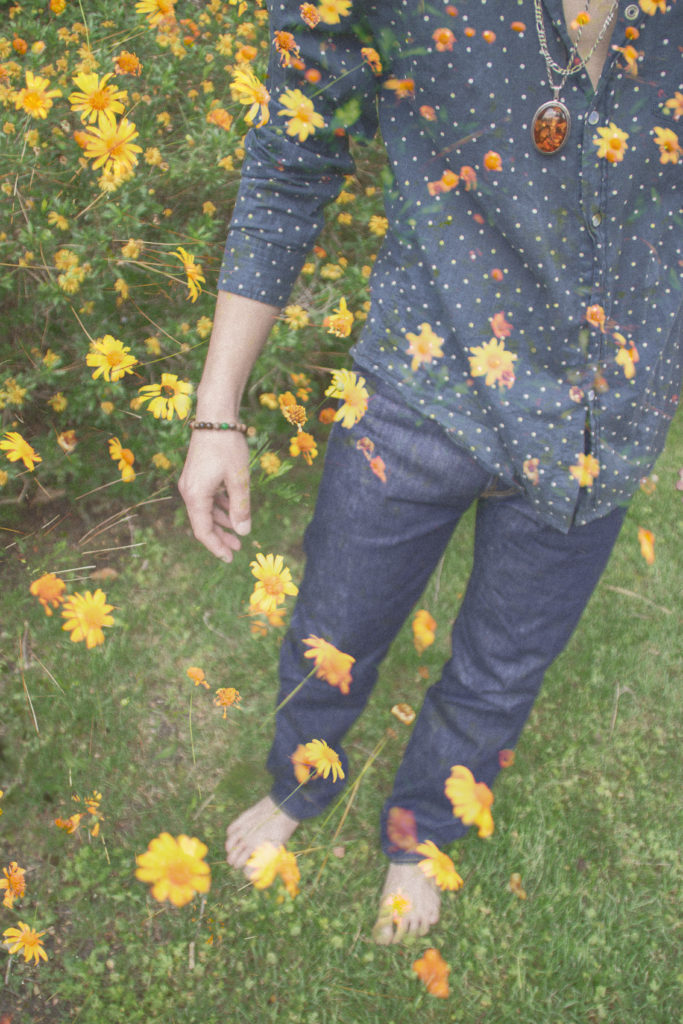 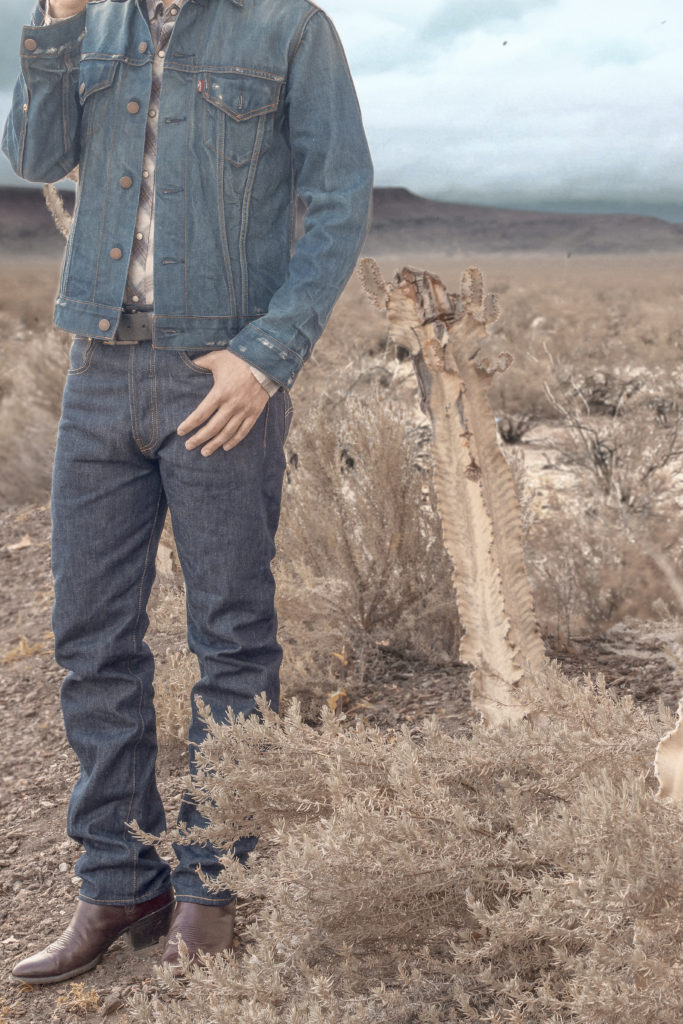 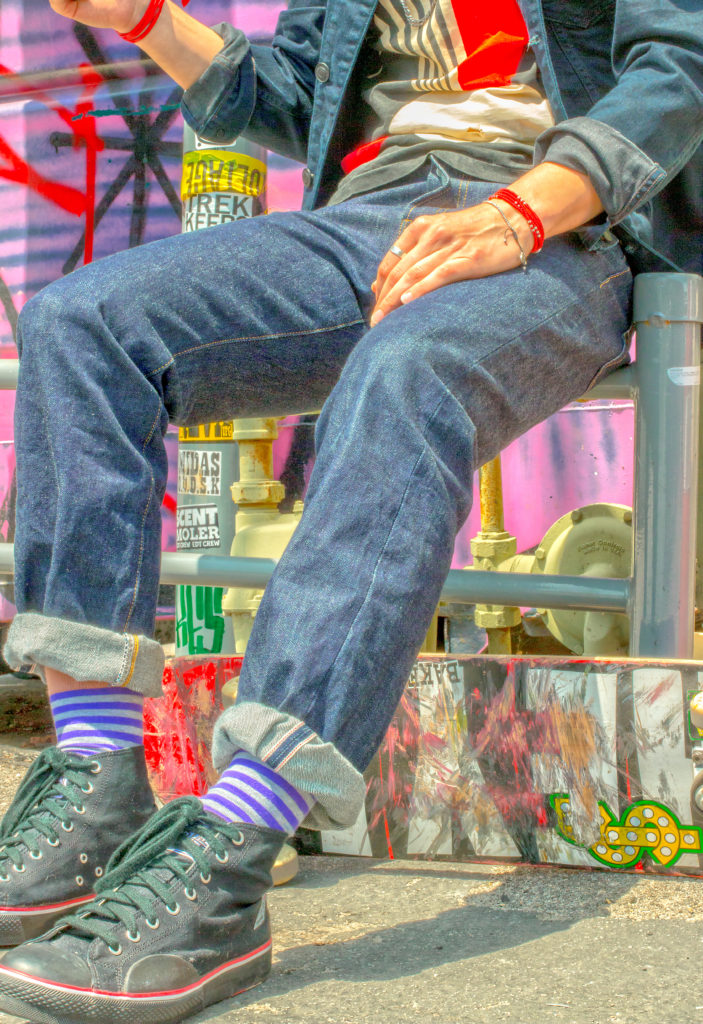 “When World War II ended and raw materials were available again, Levi Strauss
& Co. leaped back into heavy production to meet the growing post-war demand. Slimmer fitting, with no extra details like the cinch or suspender buttons, this was a jean that was ready to rock and roll. The watch pocket rivets came back after their wartime hiatus and the Arcuate was stitched on the back pockets again, after being applied with paint throughout the war.

But it came back in a different form: thanks to new, double needle technology, the famed double arching stitch was now uniform in size and design, no longer subject to the skill of the individual sewing machine operator and her single needle machine. The Red Tab with its capital “E” had never gone away, thanks to its status as a trademark. The red selvage, 12oz. Cone Mills denim was still the bedrock of the jean, as it had been for nearly two decades.